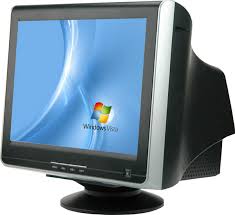 3. DOS 3.0What is meant by DOS 3.0 is PC-DOS 3.0 and MS-DOS 3.05 which is DOS issued to support a new computer at that time called computer AT (advanced Technology). This version supports the use of disk drives with a capacity of 1.2 megabytes and RAMDisk usage (VDISK) by using extended memory that can not be used directly by this version of DOS.

4. DOS 3.1Launched in March 1985 The advantages of DOS is the support of the computer network system.

5. DOS 3.2PC DOS 3.2 is issued simultaneously with the launch of laptop computers. Version capable of utilizing disk drive with size 3.5 inch size 720 kilobyte which is usually used in laptop computer.

8. DOS 5.0Launched in 1991 with new facilities such as MIRROR, UNDELETTE and UNFORMAT.


7. Supported by industry standards Plug and Play that can help to avoid difficulties when adding new hardware.

III. MACINTOSHApple Mac OS is a derivative of UNIX through the BSD (Berkeley Software Distribution) path. Therefore the power in multi-tasking, multi-user, networking that exist on UNIX is also owned by Mac OS. Mac OS is a GUI-based operating system. Apple is a pioneer in the use of GUI on the operating system. The use of icons, mice and some GUI components is a tremendous contribution in the development of GUI-based operating systems. Early versions of Mac OS almost completely rely on its GUI capabilities and severely limit the use of CLI. Meskipin very easy but there are some disadvantages, among others:1. Multi-tasking that does not work perfectly.2. Limited memory management.

Some of the features and features of UNIX:

1. Portability
UNIX systems are easily adapted to other computer systems
2. Multiuser
A number of users can use the system simultaneously and share resources such as printer users, disks, etc.
3. Multitasking
The ability of an operating system that allows one to perform multiple tasks at the same time
4. Hierarchical File System
Organizing information or data in a form that is easy to remember is accessible

The disadvantages of UNIX systems
1. The visualization is not interesting
2. memory used is large