Home  PC Computers based on Size 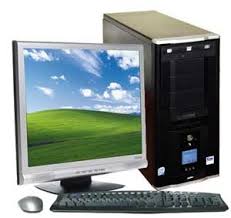 a. Super Computer
this computer is the most powerful computer. Applications used are usually more inclined to scientific research. This computer usually has multiple processors at once to perform its task. Super computers typically excel at the speed of ordinary computers using innovative designs that allow them to perform multiple tasks in parallel, as well as complex civil details. This computer typically mespesialisasikan for certain calculations, usually the calculation of numbers, and in general tasks are not good results.

Supercomputers are used for intensive-calculation tasks such as weather forecasts, climate research (including global warming research, molecular modeling, physical simulations such as airplane simulations in wind tunnels, nuclear fusion simulations, and nuclear fusion research). Military and science agencies one of the major users of supercomputer.b. Mainframeat the beginning of the era of computerization, the mainframe was the only computer available at the time. This mainframe can serve hundreds of users at the same time. This computer is similar to minicomputers but larger and more expensive. Its use is generally for data processing from a division or large companies that require considerable processing.c. Minicomputermainframe computers are very expensive and only large companies can use them.